The Year of the Honored Wife

Early in our marriage we fumbled around with figuring out our roles. I, a brand-new Christian was eager to put my wildly independent past behind and become whatever was meant by the submissive wife. We interpreted this to mean, among other things, that I would stay home and husband would go off to work.
After a while, I started noticing little things that needed repair, and so I ordered one of the Readers Digest how-to-fix-anything books. The day the book arrived, I thought I’d surprise my husband by fixing the leaky kitchen faucet.
I’m sure the instructions must have said something about turning the water off, but I either missed that part, or I assumed it meant the faucet. It took me quite awhile to figure out how to even get the thing opened, but once I discovered where the guts where hidden, I triumphantly unscrewed them.
A geyser of water burst out shooting nuts, screws, and gaskets up to the ceiling. Like the boy with his finger in the dike, I tried to stop the torrent with my hands, as I yelled out the window for the neighbors.
For a little while after that episode, we settled back into traditional you-man-with-the-hammer, I- woman-with-the-fry-pan roles, but over the years, our marriage solid, our sex roles defined, my husband became more than happy to see me don my tool apron again.
Still, it was always my husband’s career or call that we followed, even when it meant uprooting our lives and driving to a Mayan village in Guatemala and then later, a tiny town in Vermont.
I trusted God with my dreams and schemes and did my best to be good wife.
Since moving to the South a few years ago, we’ve undergone an identity crisis. Nothing turned out the way we expected. Without the job roles that used to define us, we wandered around in no-man’s land. This was especially hard for my husband, made even harder when good things started falling in place for me, but not for him.
I felt guilty about celebrating my victories. But my husband, lover of God, decided his place of humbling was where he would choose to give honor—the other part of that marital directive.Declaring this The Year of Marcia, he has intentionally looked for ways to honor me and to rejoice with me. I have to say, I’m quite pleased with his new understanding of Husbands love your wives.
It’s taken us a while to come to a place of understanding the give and take, the submit and love, the times and seasons of a marriage, but I can see it growing. We’re like a snowman in the making. 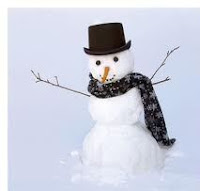 His foundation is the big ball at the bottom. I’m being fitted for the belly, and one of these days the Lord is going to set the head.
at February 25, 2011 1 comment:

Every time I picked up Kevin Belmonte’s anthology of G. K. Chesterton, I felt like a child on a beach outing who starts out to gather only the special shells, the particularly colorful or unusually shaped ones, but ends up with a sack full.
The Quotable Chesterton is a veritable treasure trove of sagacious delights. From the pithy aphorism: “A dead thing can go with the stream, but only a living thing can go against it,” to an orderly reflection on Reasons To Believe; from the humorous: “A knife is never bad except on such rare occasions as that in which it is neatly and scientifically planted in the middle of one’s back,” to the profound: “Faith is always at a disadvantage; it is a perpetually defeated thing which survives all its conquerors, nothing is off limits for Chesterton.
And Kevin Belmonte has done us the favor of rounding up and setting down an impressive collection of this literary giant’s timeless wit and wisdom. Included throughout the anthology are informative essays that give the reader deeper glimpses into Chesterton’s life.
A wonderful book for the bedside, desktop, bookshelf, or bathroom, regardless if only for a quick stop or a long reflection.
This book was provided for me by the publisher, Thomas Nelson, Inc., through Booksneeze.
at February 19, 2011 No comments:

“I love the outsets despite the fear and uncertainty that attach to all beginnings. I have already begun a thousand lives this way.”—Rainer Maria Rilke
Recently I completed approximately 37,000,000,000 miles of this earthly journey we’re on. (I’m hoping most of my readers are word people rather than number ones, and won’t figure this out.) Being blessed with good genes, I’m holding up well and look forward to putting many more miles on this body before trading it in for the model that will last forever.
A birthday, to me, is much like a new year. In that interface between the old and the new, I take time to look back and examine the nuggets of truth and wisdom, which like a collection of smooth stones, I pocketed during the year. One I’ve carried over to this year’s collection is from Oswald Chambers.
“Our problems arise when we refuse to place our trust in the reality of His presence.”
Such a familiar fact that its impact is almost lost in the retelling. The reality of His presence when I haven’t felt, heard, seen or been awed by it in days, weeks, or maybe months. The reality of His presence when I see horror, unfairness, sadness, and despair. The reality of His presence when it escapes me even when I cry, pray, strive, and clamor for it.
Yes, Lord, may I trust, believe in, and act upon the reality of your presence.
I don’t know what this year holds. The global upheavals don’t bode well for Israel or us, and the prosperity of wickedness in the form of human trafficking makes me retch. But I have purposed to set my face at the start of this year’s journey on words given to me in two separate birthday cards: HOPE in the LORD. The one who hopes in the Lord is surrendered to Him and trusts Him implicitly. It is a birthday prayer I wish to pass on to you. . .
Now may the God of hope fill you with all joy and peace in believing, that you may abound in hope by the power of the Holy Spirit—Romans 15:13
Uh, if you figure out what all those miles are about, you can share where they come from but keep the tally to yourself, please!
at February 12, 2011 1 comment:

How Many Dove Bars Is a Good Wife Worth?

Although I suspect my husband agrees with the biblical assessment that an excellent wife’s worth is far above jewels, he sometimes has a bit of difficulty expressing it.
Years ago we lived in a Mayan village in Guatemala. We didn’t have a phone (yes, dear, some of us who lived in the pre-cell phone age are still alive), nor did we have a refrigerator. The stove was a concrete box in which I could build a fire, but usually I cooked on a two burner hot plate. We ate lots of rice and beans and canned or boxed foods which I bought on our once-a-month trip to the city.
The daily chores, like sweeping the dirt pathways, boiling water and disinfecting vegetables, were time consuming; nevertheless, I enjoyed the simple life. But I also looked forward to indulging in the amenities of city living when we made our monthly trips for supplies.
On one of these excursions, we met friends at an ice cream shop. Everyone bought one of the inexpensive, locally made ice cream cones. Everyone that is, except me. I had my eyes on the row of the indulgently expensive, chocolate covered Dove Bars. Throwing missionary thrift aside, I plunked my money on the counter.
My husband, being more sensitive about our financial responsibility, was clearly annoyed by my extravagance. He shot me a glare that practically melted the chocolate coating right off the bar. I hunkered down with my treat and sent a silent message back, “You’ve got to be kidding—I live in an adobe house, for crying out loud.”
After a while, Bob’s perspective returned. Understanding there was a time to eat beans and a time to treat his wife to Dove chocolate, he attempted to make amends.
“Marsh, I’m sorry,” he said. Then, with eyes of love, he proclaimed, “You’re worth twelve Dove Bars.”
Hmm. Sometimes you’ve just got to read between the lines.
at February 05, 2011 No comments:

My dad died last night. Thought, feelings, and memories are too tumbled to express right now, but I have posted an essay I wrote about him a few years back. Although frank, it is with love and respect to the man who had such a part in shaping me.
The Sentry