A Fortuitous Kicking the Bucket 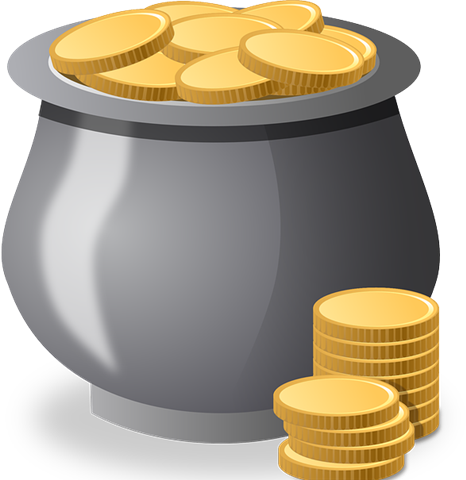 Kicking the literal bucket that is, not the proverbial keel over and hoof it off to eternity kind. A recent news story about a California couple has captured my attention.

From what I glean from reports, it was a day not particularly unlike any other.The couple had no reason to suspect one tiny little action during a perfectly mundane walk would propel their lives in a different direction. They got up, probably ate, brushed their teeth and decided to walk the dog on their property, something I’m sure they had done many times.

During their walk, they noticed the rim of a bucket sticking out of the earth.Instead of passing it by,they stopped and poked the dirt from it.Then seeing it had both ends, dug it out with a stick and took it home, where they opened it and discovered it contained dirt encrusted disks. Disks which turned out to be rare gold coins worth ten million dollars.

Once I chased off the green eye of envy, I saw several lessons in their story:

1. They weren’t doing anything spectacular, no “If only we were somewhere else doing something else,” grumblings. (I inferred this from a statement they made about how much they enjoyed the life they had and didn’t want to change it.)
2.  Even though walking the dog was routine, they were still observant, maybe expectant.
3. They were curious—didn’t pass by a rusty bucket rim buried in dirt.
4. They acted upon their curiosity.
5. They were wise with their discovery—waited to get counsel, avoided the press and “fame” (which no doubt would bring hordes with backhoes and metal detectors).

But particularly intriguing to me was the statement they made: “I never would have thought we would have found something like this. However, in a weird way I feel like I have preparing my whole life for it.”

Hmmm. I wonder what they mean about that. Was it because they had property in Gold County California that they wondered about gold finds? Had they often speculated what they would do if they had a lot of money? Or did they just have a feeling that there was something more to their lives?

Although I’ll probably never know, their statement made me think about how we are to live as Christians.

We know we have treasure in heaven but I’m pretty certain we are going to be Amazed when the time comes  when all we have lived for, hoped for, and believed in is revealed. When the Son of Man comes in glory and all the angels with Him

Like the couple who felt they had been preparing their whole life for this treasure, those of us who are Christians live all our lives—each and every ordinary day— girding our minds for action, fixing our hope on the grace to be received at the revelation of Jesus (1Peter1:13), knowing the proof of [our] faith being more precious than gold ... may be found to result in praise and glory and honor at the revelation of Jesus Christ (1Peter1:7).

So walk your dog or change those diapers or hammer those nails or write that article on this ordinary day, being expectant, thankful and confident that indeed you too have treasure laid up for you.

And keep your eyes open--who knows what you may find! 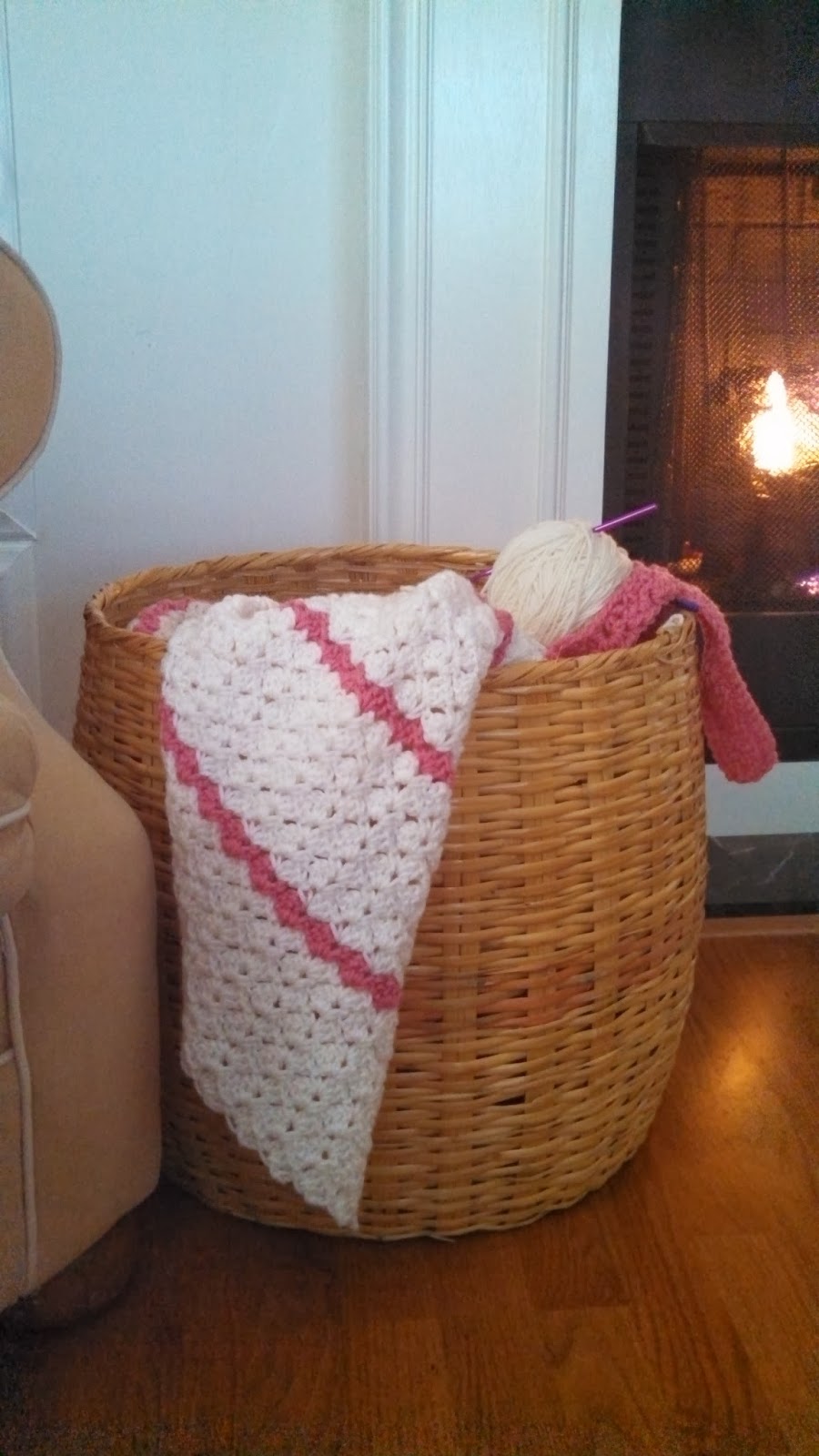 The thing is, when she told me how she had responded, she was proud—as though marveling at the discovery that what she had previously regarded as Mom harpings now made perfect sense.

Ah, thank you, Lord. I knew we would get to this point one day. For some of us that new found mom appreciation is a while in coming. Especially if your daughter is a lot more like you than she realized. I look forward to being able to share some mom stuff with her now—woman to woman.

The same week my daughter realized she acted “just like mom,” my sister sent me a birthday card (this year a lovely one instead of a snarky Maxine one reminding me of the perils of old age).  In her note, my sister wrote, “You’ve picked up many of Mom’s qualities.”

Unfortunately, I too was older before I appreciated what my mother taught me. Sometimes we teased that she was “ditzy,” something I realized late in life was far from the truth.

Mom never made excuses for opportunities she didn’t have, but found ways to accomplish much with what she did have. Although she didn’t graduate from high school, she bought us every set of books the door-to-to peddlers had to offer, from encyclopedias, to set of science and literature. She not only inspired a love of learning in us, but she gave herself an education to rival many.

By example, she taught me faith and loyalty and perseverance, things I’ve written about before.

And one of the loveliest things about her was that she found beauty where none was apparent. Our house, though sufficient, was worse for wear. For as long as I remember, a part of the ceiling in my bedroom was missing –fell off during a hurricane one year. Household appliances were often more work than worth. (For years we took turns sitting on the washing machine during the spin cycle, an act I credit to keeping my butt from taking on the Chadwick spread. And the five of us kids contributed more chaos than the three-roomed downstairs could contain or a weary mom could maintain.

But Mom knew where to find the first tiny mayflowers, the elusive jack-in-the-pulpit and the brook trout in the river across the field. Whenever I see a violet on the side of the road I think of Mom’s love for beauty in the midst of disorder.

Later in life, she taught herself to paint and all that locked up beauty came out in tiny brush strokes. And like so many women who have nothing but some cloth and thread or ball of yarn, she learned to spin beauty. 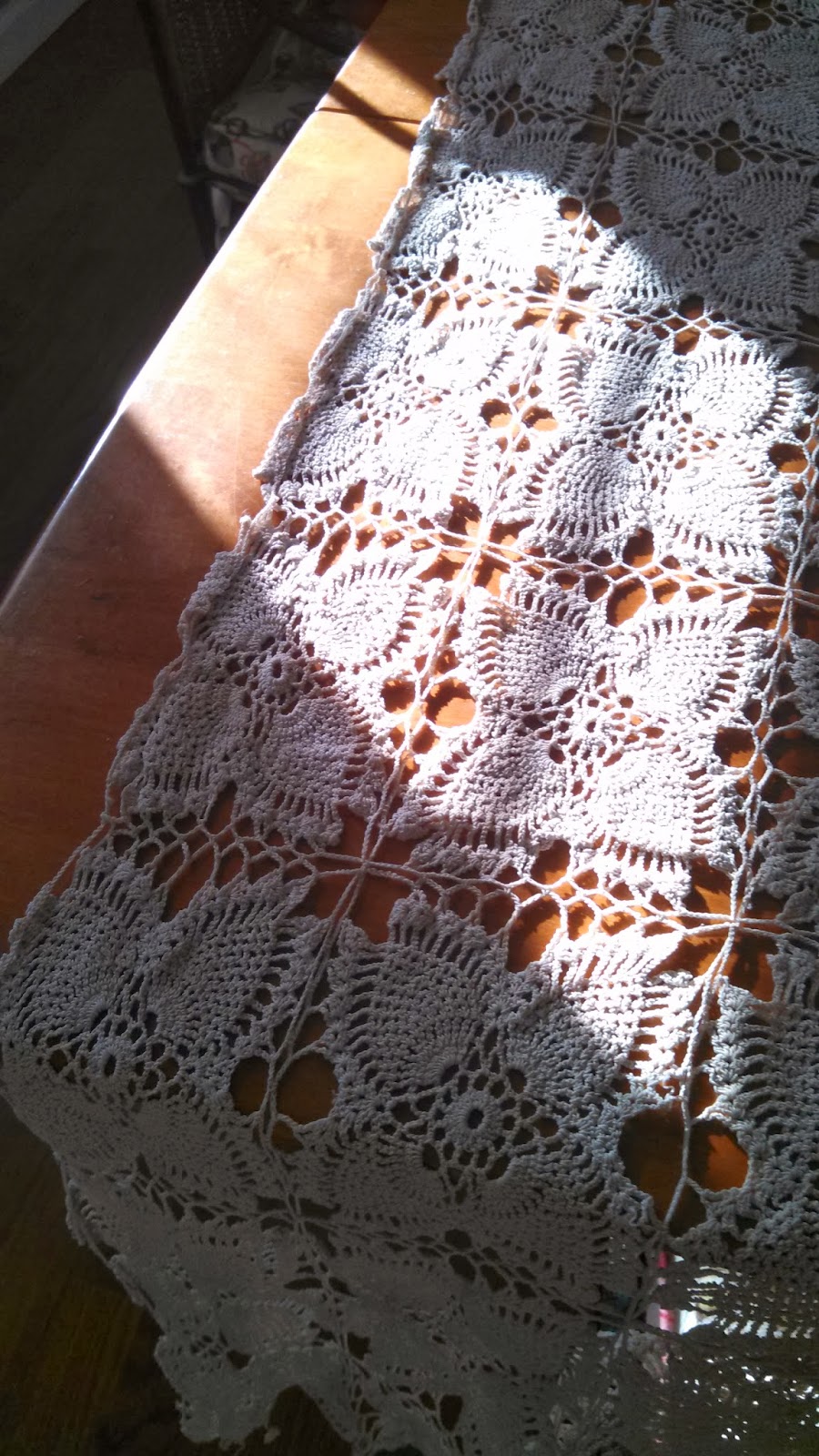 Just before she died I asked her to teach me to crochet. We’d sit on the couch, side by side, and she’d wrap the yarn around her finger, and I would try to copy, but not even get the gist of a slip knot, so we’d start again. And I’d master a chain, then turn and go back.

“Which one is the first?” I’d ask, a question that seems so ridiculously stupid until you try to figure it out—hint— not the first chain.

Well, that cancer inched through her brain before I figured it out. But Mom taught me perseverance, so I pulled a ball out from her tidy unfinished projects bag and make a slip knot, then chained thirty and turned and single crocheted back across the row. All the while remembering her there by my side.

The only problem is I still haven’t figured out where the end and beginning stitches are, so, my pot holders have a peculiar resemblance to the shape of the United States. 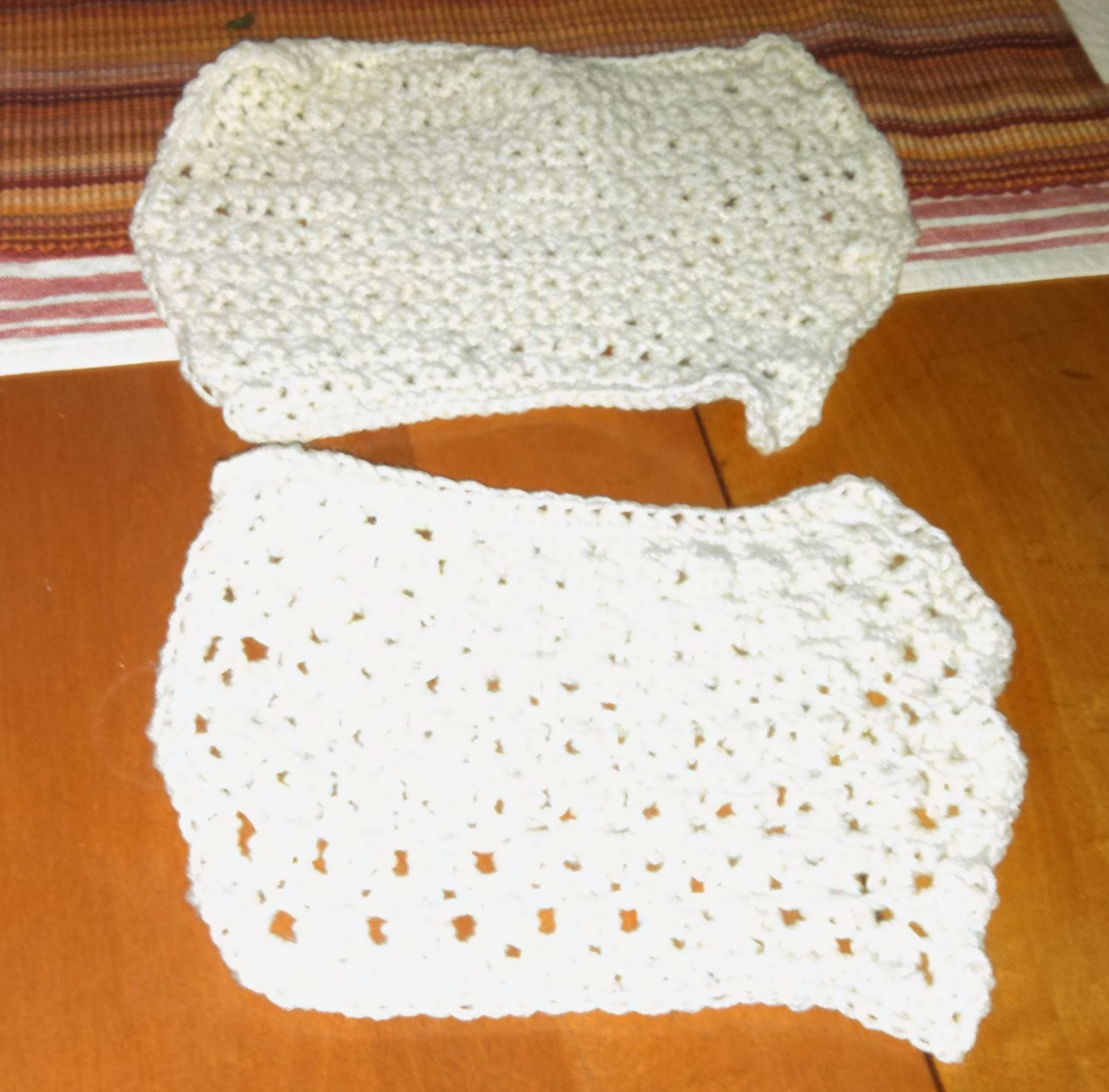 Well, there may be some things we never end up doing “just like Mom.”

Through snow storms, ice storms, unpheaved plans, give thanks, find beauty and persevere.