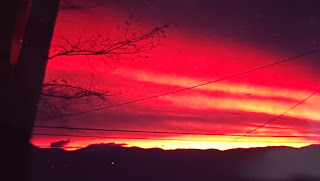 Like the light of dawn that rapidly dispels the darkness, God can change the trajectory of our past--our upbringing as well as our own actions--and direct a whole new future that affects our children and all those, even thousands, whose lives intersect ours.

I love NY Times best selling author Joel Rosenberg's story of coming to faith and his parents' testimony and willingness to see truth. Look at the impact of that decision and take heart about what God has done and will do in your own lives, your family's and who knows who else’s. I doubt Rosenberg knew just how much his coming to the Messiah would impact his Jewish heritage and influence millions.

I recommend his encouraging post about his own recognition of the Savior and the surge in interest among Jewish people today about who Jesus is. What a reminder that even if the whole world turns against Israel, God is on the scene changing hearts. He will have the last word and the final victory.

"When my father, who was raised an Orthodox Jew in Brooklyn, discovered in 1973 — after a  careful study of the Gospel According to Luke — that Jesus of Nazareth is the long-awaited Jewish Messiah, and received the Messiah by faith, my father thought he was one of the first Jews in history who believed this. He had never met a Jewish believer in Jesus. He had never heard of  such a person. And in 1973, there were fewer than 2,000 Jewish people on the planet who were  followers of Jesus.

But today, some 300,000 Jews around the world are followers of Jesus. And millions of Jews are searching for the Messiah and thus reading the Hebrew prophecies . . ." 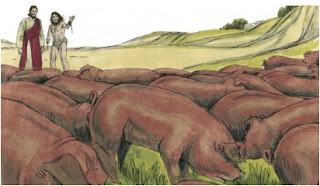 If you’ve ever wondered what Jesus was up to, you’re in good company. 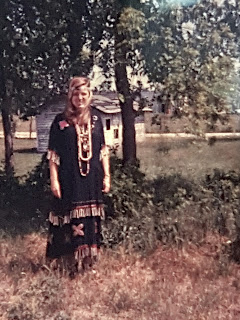 One way to stir up filed-away, but not forgotten, moments is to go through old pictures.

What to do with Mom on the mantle

“So what do you want me to do with you when you die?” My daughter looked worried about the prospect of having Mom-on-the-mantle forever because we hadn’t discussed this delicate issue.

Assuming I’d be cremated, I said, “You could plant me. Plant a tree and rim it with me.”
At first she liked this idea but then her countenance quickly clouded. “But then I couldn’t ever move—unless it was an indoor tree—and it didn’t die.”

I could see her point. No kid wants to be guilty of abandoning the parents they love, even though it’s just their ashes.