A Year of Nest Building 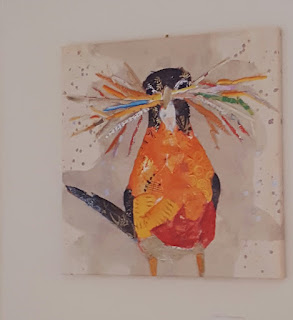 My intention when I walked into Pier 1 that day was to pick up the chairs I’d ordered. It was the picture of the bird with a beak full of miscellany that stopped me. I turned to my ever-agreeable Bob. “Building a nest. That sums up my life this past year. I’ve got to have it.”

This was before I remembered birds build nests mainly to raise their babies. They live (roost) elsewhere. Clearly not my situation. My nest is post–birdlings. It’s an empty-nester’s nest, one that this time around I expect to live in until I die.

Nevertheless, I bought the picture and hung it on the naked wall of my newly erected house.


That was in August—six months after my post about buying land with a vacant mobile home overflowing with someone else’s boxed-up,cast-off life. Six months of learning how to dismantle a trailer, sell a house, live out of a suitcase, design a new house and build it. Six months of feathering the last nest I ever intend to live in.

Which is a novel idea for me. I keep turning it around, examining how it feels to live in a place long enough to plant a tree and actually eat its fruit. (If I don’t end up being buried under it.) The previous eight houses of my married life all had a sense of impermanence—just settling there for the moment to do a particular thing.

Being true blue DIYers, Bob and I don’t get scared about fixer-uppers, although I should have been more concerned about what we were getting into with the last house we bought when the owner sobbed at the closing. “Thank you for buying it,” she said. We discovered she had every reason to cry. In fact, even after about $70,000 in renovations and several years of our hard labor, when we sold it, I wanted to thank the buyers and cry too.

Actually, it was the fear of having to live out the rest of my life in that big old rambling southern belle set down in a low spot that got me going. After months of searching for a new place, we had finally put an offer on a lovely property, but during the inspection discovered it had multiple problems. I was adamant we back out of the offer. Bob was frustrated and tired of house hunting. He threatened to build the garage he’d been wanting and just stay put.

I knew I’d have to come up with something fast. With the updated Realtor.com in hand and desperate prayer on lips, I headed out in search of That Perfect Place one more time.

I stood on the hill of the overgrown property—so overgrown that you could hardly see the mobile home enshrouded under the brush. Oh Lord, this is on a hill (one of my requirements) and it does have the utilities in place (another on the checklist). It’s private yet close to all I would need as I age, and the price is right. But it certainly had passed beyond any hope of being a fixer-upper. 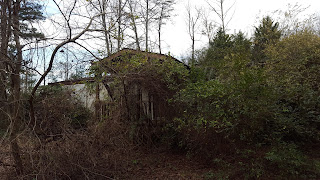 I wanted a place of light, efficiency and beauty where I could see the sky and marvel at the Creator. This was a cave—dark, depressed.

Did we have the vision, the strength, the resources to tackle it?

I hurried home to Bob. “I think you need to see this.” We stood on the hill, surveying the tangle of a place gone wild before us, the glimpse of the lake across the street. Neither of us spoke.

For those of us who belong to the Dive-in-and-Do tribe—who think we’ve got the means, or at least, the enthusiasm—who accept there’ll be no Chip and Joanna Gaines, the famous fixer-upper couple, coming to our rescue, attitude is as important an asset as know-how.

Physical obstacles can be overcome with a Google search, YouTube video, or good plumber, but overcoming the fear of making a mistake, or being overwhelmed by the endless task before you is a matter of mind.

But it’s discipline to keep one eye on the final far-off goal and both eyes anchored on the seemingly endless task at hand.

It took us the better part of a year to go from here:

Along the way I learned a lot about downsizing, and how to take down a mobile home, and the complicated world of light fixtures, and worse yet—light bulbs. And of course—Bob’s vision: how to make a workshop out of an old steel carport. Most important, we learned how to keep our sanity and our marriage while at it.  Things I’ll talk about for the next few weeks. I hope you’ll join the conversation.
lessings from the latest and last house of my sojourning,