Beatings and bananas: bitterness or blessing? 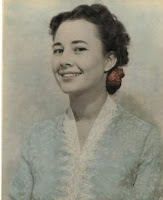 If someone promises that you will dwell in safety with Him, yet you are lying in a cold, filthy, bug-infested prison cell awaiting your next interrogation by beating, is he who promised still faithful?
Although never having been subjected to such tortures, I’m afraid I’ve been guilty of the terrible-tantrum response when things have not turned out the way I expected, or, worse—when the Lord seemed to be a distant, disinterested observer of my plight. Yet I KNOW none of that is true and I KNOW I do not have days enough to indulge in those unfaithful thoughts.
I believe the time to throw off our fat and start strengthening our spiritual muscles is fast upon us. Each time I read about another country’s abandoning Israel, I fear our own country’s betrayal, and I see that in spite of how horrendously the near future events may play out, the need to stand on the promise that God will never leave Israel, that he will deliver her, is imperative.
That God is faithful and true; that he loves, cares and graces; that he will never leave his children—easy truths to proclaim in good times and absolute necessary ones to believe in bad.
Darlene Deibler Rose (1917-2004) is another inspiring example of a woman of faith, who in spite of horrific experiences that some would use as proof her God had abandoned her, chose to stand on his promises and see “evidence not seen.”
As a young bride, she went to work with her husband in the unchartered regions of New Guinea, but their work was brought to an unexpected halt by the Japanese invasion of their island. Separated from her husband, Darlene was imprisoned in a jungle camp with other women and young children, some who survived and many who didn’t the mud, cold, wet, forced labor, beatings and mental, as well as physical, degradations.
As I read the accounts of beatings at the hand and cane of the camp leader, Mr. Yamaji, anger welled up in me. I imagined standing up to him and delivering the fruit of my own retributive hate.
Oh, for the grace of God. On the day Darlene was told that her husband had died three months earlier in the men’s camp, she was invited into Yamaji’s office.There she shared the hope that enabled her to bear life’s sorrows. There in the office of that despicable man, she shared the love of Jesus.
Another of the many poignant instances of the presence of God in the midst of the tragic that stuck in my mind was when she, accused of being a spy, was awaiting her death sentence in a prison.
Thin, weak, beaten, she hoisted up to the peer out over the door transom where she could see the others allowed in the outside yard. She watched as one woman slipped up to the fence and grabbed some bananas that were thrust though the thick vine covering, and hid them under her skirt. Although happy for her the success of her fellow prisoner, Darlene was overcome with the insatiable desire for a banana.
But she knew there was no one, no way—not even for God—to get her any.
The next morning, hearing the approach of feet, she expected her executioners, but when the door opened, there stood Mr. Yamaji. He asked how she was and if she had a message for the others back at camp. Shorty after he left, the guard returned, opened her cell door and handed her a bunch of bananas, a gift from Mr. Yamaji—not one, but ninety-two bananas!
Ashamed she ever doubted, she fell to her knees in thankfulness for the One with whom nothing is impossible.
Many years later, Darlene heard that Mr. Yamaji shared the Gospel of Jesus Christ with the Japanese people over the radio.

When darkness veils His lovely face,
I rest on His unchanging grace;
In every high and stormy gale,
My anchor holds within the veil.—On Christ the solid Rock I stand
Rose, Darlene Deibler. Evidence Not Seen. New York: HarperCollins Publishers, 1988.
picture from website darlenerose.org
at September 10, 2011