Seeking not the why, but the what does this adversity make possible 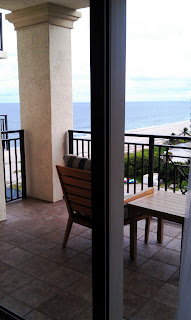 When twenty-one-year-old William Cameron Townsend went to Guatemala to peddle Spanish Bibles, he discovered that a majority of the population neither spoke nor read Spanish.
“Why doesn’t God speak our language?” a Cakchiquel Indian asked him.

Instead of being annoyed he was up to his ears in useless Bibles, Townsend responded to that simple question by packing up his young bride and moving to Guatemala where he dedicated his life to making sure the answer was, He does.

Decades later, thousands of people are able to read the Scriptures in their own languages thanks to Cameron and his vision for Wycliffe Bible Translators.

Negative situations, especially long-running ones often elicit a similar question: Why doesn’t God answer my prayer in ways I can relate to? Why doesn’t He speak my language?

How we choose to react to a negative situation will determine whether we fashion a world for better or for worse.

Instead of dwelling in Why this? Why now? Why me? MichaelHyatt suggests we ask: What does this experience make possible?  This slight shift in perception moves us from the past, which we cannot change, to the future, which we can. Hyatt uses as illustration the lessons he learned while recovering from a broken ankle.


His post challenged me to think of a negative experience of my own from which something good came. Although I’m sure if I rutted around in my memory long enough, I’d come up with a page full of situations that God redeemed, the one that stands out right now involves the recent death of my mom.

We sat there on red plastic chairs in that gray-walled, ten-by-ten-foot room. Mom’s constant complaints about the long wait exposed her anxiety. My sister and I also impatient to hear why we were waiting for brain scan results when Mom’s lymphoma was supposedly arrested.

He entered, white-coated, all business-like. In less time than we had been waiting, he sealed the envelope of Mom’s life. “Six weeks,” he said. “She has six weeks.”

It was a gift really, that cold punch in the gut. It put life in perspective.  All those plans and things I had to do suddenly weren’t so important.

Now, many months later, because I remember those treasured six weeks of jokes, reminisces, tears, prayers, soft lingering looks and last squeeze, I gladly share an anticipated vacation with my husband at a lovely ocean front resort with my ninetysomething father-in-law.
His presence means my husband and I can’t go to the beach at the same time, can’t go out to dinner for more than an hour, can’t walk in sunset’s glow because Pa might forget where he is or panic to find us gone.

So we take turns doing a hundred crossword puzzles (why do old people love them so) and watching waves from the balcony while the other swims or suns in a lone beach chair.

For we understand how brief the time.

And then the treasure: Yesterday, backdropped against ocean’s roar and sky’s vastness, my husband explained the unarguable defenses for a God, Designer, Creator to his now interested agnostic, Jewish dad.

And today, on my watch, at first wistful I wasn't on the beach, knelt instead on our ninth-floor balcony and prayed with my teary Pa that he would lay his sin on the Lamb of God.

Yes, God does indeed speak our language, may we speak his.