The Clout of Doubt 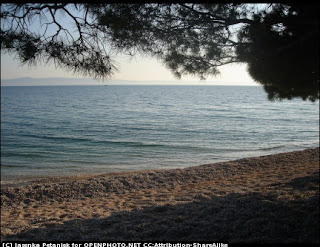 You would think on a hundred-degree day, somebody—something— would be moving on the lake. That’s the thought that dampened our previous enthusiasm and turned our fanciful dreams of buying a lake house into suspicions we were standing on the fishing pier of the Fifth Dimension.

We had decided to explore a nearby lake where, someone told us, there was a pleasant restaurant. A quick online map search gave me the general location. It looked simple enough to find. But after driving for an hour through unpopulated countryside, and not seeing one sign indicating nearby water, we finally found a lone soul outside a post office who redirected us back down the road. “Watch for the turn just past the Mini Mart,” she said.

We turned down a narrow road, otherwise unmarked except for a tiny Lake Dr sign. For the next hour, like kids on a scavenger hunt, we explored unoccupied houses, camps, and lakefront property whose For Sale signs begged us to peer in windows and fantasize what we would do if we owned the place.

“It’s so quiet,” Bob kept repeating, no matter which cove or dock we stood on.
Making our way around to the other shore, we found the shiny, aluminum, public fishing pier jutting out from an empty parking lot. Except for a woman in a bathing suit, who stood at the edge of the water and threw stones and muttered to herself, nothing stirred. Not a boat, not a splashing kid or stick-fetching dog or crumb-seeking duck in sight.

“It’s so quiet,” Bob said again. This time suspicion replaced his previously contented observation. “Something’s weird. Where can you go on a lake in July and not see people in the water?”

I looked down the lake. Scenes from Deliverance tainted my idyllic vision. Like a soap bubble on a blade grass, it burst.

Doubt now determined the course of our conversation on the way home.

“It’s so remote. Doesn’t take long to get hokey around here.”

When we got home, I looked at an aerial map of the area. Actually, it was quite populated and not so very remote after all. But the damage was done. I had allowed doubt to steal my sense of peace and beauty. And all it took was a seed of suspicion.

“Guard your hearts and minds,” we are told. Doubt is a powerful weapon. The tiniest drop eats at faith like acid.

Good question. Why do we become so easily sidetracked by doubt when He is—

Let’s continue the conversation next time. If you experienced a time that faith triumphed over doubt, please join in.
at July 30, 2011