A Moment in Metaphor: Pursuing Emptiness 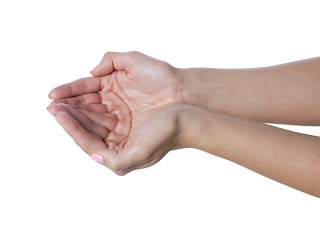 The reader in me delights in rich imagery and metaphor—the kind that makes Rick Bragg’s writings so satisfying:  Describing a class reunion—“The boys in the photos had hair cut severely short on the sides. Their ears jutted from their heads like a 36’Chevrolet with the doors open.”*

As a writer, I’m thrilled to come up with an original and fitting metaphor. When I described in Call of a Coward, the heaviness of the year following our return from Guatemala “as though it were a lead apron on my chest,” I thought I had had a flash of metaphoric insight, (only slightly diminished months later, when in reading something by Anne Lamott, I came across a similar analogy).

But no one uses imagery so perfectly as to capture the essence of a point as does the Holy Spirit. Scripture is a veritable gold mine of metaphor and imagery. I’ve found myself having to back up my reading and soak in the riches of word pictures I might have glossed over. (Will have to talk about the scarecrow in a cucumber patch another day.)

Today’s image-rich meditation was from Jeremiah: “They walked after emptiness and became empty” (2:5). The chapter relates the tragedy of Israel’s abandonment of the One who led them through “drought and deep darkness” into a fruitful land. Although they were God’s people, “they exchanged their glory for that which does not profit.”

Pursuing emptiness. Becoming empty. Or as the Preacher in Ecclesiastes says, “toiling after the wind,” as futile as trying to hold the wind in your hands.

Oh Father, may we not pursue emptiness, or exchange your glory for gods that do not profit, but turn instead to you and be filled with the breath, the wind, the Spirit of the Sovereign Lord that does have substance and power and beauty and might and brings life to everyone who is born of it.—John 3:8

Wherever in the world you are, I thank you for coming by here. May your weekend/week be filled with joy and presence of the Living Lord!

Email ThisBlogThis!Share to TwitterShare to FacebookShare to Pinterest
Labels: chasing after the wind, filled with the Spirit of the Living Lord, pursuing emptiness and becoming empty